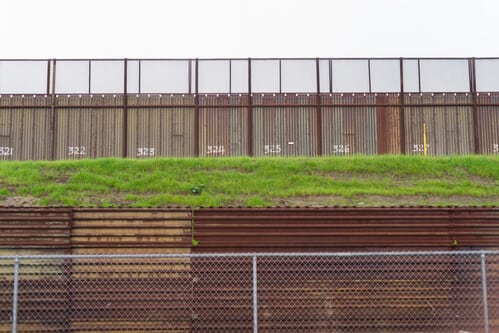 President Donald Trump has been saying that the U.S.-Mexico border wall, one of his most popular campaign promises, will prevent illegal drugs from coming into the United States. However, according to a Business Insider news report, officials with the Drug Enforcement Agency or DEA say a wall will have little to no impact on the flow of drugs into the country because drugs coming into the US Northeast often arrive by plane, boat, or hidden in vehicles.

A 24-page intelligence report by the DEA in May stated that drugs coming from Mexico do often enter through the southwestern border. But they arrive hidden in vehicles such as tractor-trailers. Drugs that come from Colombia are also transported by plane and boat, the report states. Drug cartels generally route larger shipments that go to the Northeast through the Bahamas or South Florida in a variety of vessels from speedboats and fishing boats to yachts.

However, Trump’s rhetoric has been focused on the wall. The president has said that the “drugs are pouring in at levels as nobody has ever seen” and that the flow of drugs will be stopped by the wall. The DEA report does not address the issue of the wall, but details how drugs enter the country. The report even talks about how cocaine is transported via couriers carrying them on commercial flights, sometimes with the help of airline employees. At the end of the report, the DEA does make recommendations including heightened enforcement, but it doesn’t involve a wall.

When the government takes an aggressive stance on drug crimes, there is a high likelihood that drug crimes will be more vigorously prosecuted. Drug crime charges in California are serious and could result in long-term or even lifelong consequences. Drug crimes could be charged as a misdemeanor or as a felony depending on the nature and circumstances of your arrest, the number of drugs or paraphernalia seized, and your prior criminal record. When drug crime cases are aggressively prosecuted you need an experienced drug crime defense attorney on your side who will help fight the charges and build a solid defense.

There are several mistakes that could be made, which could adversely impact your drug crime case. First and foremost, if you have been charged with a drug crime, you should not try to sort it out on your own. Even a misdemeanor charge such as possession could have serious consequences such as jail time, fines, and loss of employment. If you are a first-time offender, there is a good chance that you may be eligible for alternative sentencing or probation so you can avoid jail time.

Drug laws in California can be complex. Not retaining an experienced drug crime defense lawyer, whether you have been charged with a misdemeanor or felony, can be a significant misstep, one from which you may not be able to recover. If you are facing drug crime charges in California, call the experienced criminal defense attorneys at the Law Offices of Randy Collins to discuss your case at no cost. Call or fill out the form for help.