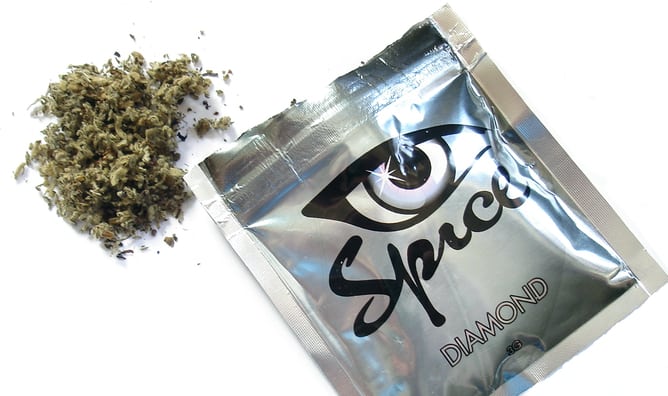 A Newport Beach man, who is said to have run an organization that smuggled more than $5 million in synthetic drugs into the country, has been sentenced to 10 years in federal prison. According to a news report in The Orange County Register, the 41-year-old man pleaded guilty to manufacturing, possessing, and distributing synthetic marijuana, also known as spice.

Prosecutors said the man and his co-defendants, over 16 months, smuggled more than 600 pounds of chemicals to cook synthetic marijuana, sold the drugs on websites under the name Da Kine Blend and set up companies and multiple bank accounts for the sales. During the sentencing hearing, a U.S. District Judge pointed out that the man had used fraudulent documents and misbranded labels to smuggle these chemicals out of China.

Five others have pleaded guilty to being involved in these operations including a Chinese national. These individuals are the first to be prosecuted in Southern California for synthetic drugs, according to the U.S. Attorney General’s Officer. The arrests and prosecution come at a time when officials are in the midst of a nationwide crackdown on synthetic drugs. During the course of their investigation, federal agents seized more than $1.1 million of the man’s assets including profits from the sale of his home in Orange County and several luxury vehicles.

WHAT IS SYNTHETIC MARIJUANA?

Synthetic cannabinoids are essentially not made from the plant, but using chemicals. It is marketed under several names such as Spice, Black Mamba or K2. It comes in small foil packaging. Sometimes, the packages contain pictures of cartoon characters. The active ingredients in synthetic marijuana are cooked in a lab and tend to mimic THC, the main psychoactive ingredient in real marijuana.

Chemicals are sprayed on to leafy materials to give the appearance of marijuana, but the chemicals in synthetic marijuana are often way more potent than in natural marijuana. They also tend to cause dangerous side effects such as anxiety, paranoia, suicidal thoughts, and even seizures.

California law prohibits the sale and use of synthetic drugs such as synthetic marijuana and stimulants. These “designer” drugs are often sold in California under names such as “bath salts” or “Spice.” Synthetic cannabinoids and stimulants are also prohibited under the federal Control Substances Act.

Unlike California law, federal law makes just the possession of these drugs illegal. Possession for personal use is punished by up to one year in federal prison. However, the sale of synthetic drugs or possession with intent to sell (drug trafficking) is a serious felony. Those convicted of such drug crimes could face a fine of up to $1 million and up to 20 years in federal prison.

While the federal government does allow the states to take over small-scale synthetic drug sales, those who are involved in large-scale trafficking of synthetic drugs and those who sell them over the Internet, are more likely to be prosecuted under federal law. It’s also important to remember that federal law applies to drug offenses committed on federal property or federally-owned lands such as post offices, federal buildings, and national parks.

IF YOU HAVE BEEN ARRESTED

This particular Southern California synthetic drug crime case is an example of why you should get an experienced lawyer on your side, even if you have only been accused of possessing synthetic marijuana or synthetic stimulants. While possessing these controlled substances is a misdemeanor under California law, it is prosecuted as a felony under federal drug laws.

You could face even more severe consequences if you are charged with trafficking or accused of large-scale sales of synthetic drugs or stimulants. You need an experienced Southern California drug crime defense lawyer on your side who will fight for your rights and help vigorously defend the charges against you.