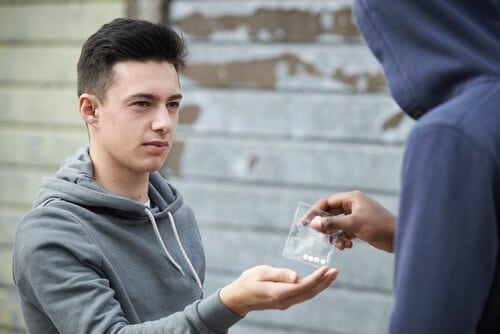 Not sure whether or not you can get arrested for selling fake drugs in California? The sale of imitation controlled substances is a serious offense and a growing problem both in California and nationwide. The Food and Drug Administration attributes the growing trend to increasing prescription medication costs, advanced technology, and the anonymity of the Internet.

WHAT IS AN IMITATION CONTROLLED SUBSTANCE?

The second definition of an imitation controlled substance under 109575 is:

IS IT ILLEGAL TO SELL AN IMITATION CONTROLLED SUBSTANCE IN CALIFORNIA?

​The sale or imitation of controlled substances is a serious offense under both federal and state law. The federal Controlled Substances Act prohibits trafficking in counterfeit controlled substances. There are also two applicable sections of the California Health and Safety Code that outline the legality of, and penalties associated with, the sale of imitation drugs. Under California Health and Safety Code 109575, it is illegal to knowingly:

Under California Health and Safety Code 11355, it is illegal to:

WHY IS IT ILLEGAL TO SELL IMITATION CONTROLLED SUBSTANCES?

Federal and state laws make the sale of imitation controlled substances illegal for two reasons. First, the laws exist to punish the fraudulent intent of selling fake drugs. Second, the laws protect consumers both from possible adverse effects of taking an unknown substance and to from overdose when the consumer takes the real drug later.

WHAT ARE THE PENALTIES FOR SELLING IMITATION CONTROLLED SUBSTANCES?

Under federal law, penalties for selling imitation controlled substances include:

Violation of California Health and Safety Code 109575 is a misdemeanor and will result in one or both of the following penalties:

Violation of California Health and Safety Code 11355 can be punished as either a misdemeanor or a felony at the prosecutor’s discretion. Possible penalties include:

WHAT CAN I DO IF I AM CHARGED WITH SELLING AN IMITATION CONTROLLED SUBSTANCE?

​Because of the serious nature of the charge, it is important to consult an attorney to advise you of your rights. There are several possible defenses your attorney may use including:

Charged with selling fake drugs in California? Contact our law firm today to speak with an experienced drug crime professional and have your case evaluated for free. Our law firm is rated A+ by the Better Business Bureau and serve defendants throughout Southern California.

Call to obtain your free consultation and get help.