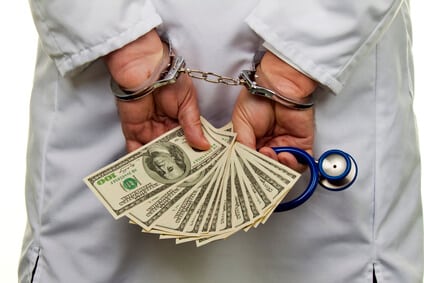 As the world awaits the official report on what caused Prince’s death last month, TMZ, a popular celebrity news network, is reporting that his death was caused by an overdose on the prescription drug Percocet, which Prince was taking for chronic hip problems. This report has many calling for the drug to be banned. But for many who use Percocet to manage pain, this suggestion is an unnecessary overreaction.

SO WHAT IS PERCOCET?

Percocet is the brand name for a narcotic analgesic containing a combination of acetaminophen and oxycodone that is prescribed for moderate to severe pain relief. Percocet was approved by the FDA in 1974 and has since then become one of the most commonly prescribed pain medications in the United States.

HOW DOES PERCOCET WORK?

​Opiate pain medications such as Percocet reduce pain by mimicking your body’s natural endorphins. However, there is no clear evidence that opiates reduce acute or chronic pain more effectively than other treatments, and they are often combined with larger amounts of other pain relievers in the way that oxycodone is combined with acetaminophen in Percocet.

WHEN IS IT PRESCRIBED?

Because opiate pain medications are particularly addictive, Percocet is usually only prescribed for 1-2 weeks and only for acute pain that has not responded to other pain-alleviating medications.

​All medications have side effects, but many of them are not felt, or our bodies have no problem dealing with them. Although there is a significant risk of addiction and other side effects from its prolonged use (or abuse), Percocet is relatively safe when administered by health professionals with experience in chronic pain management and when used exactly as prescribed and in the amount prescribed.

SO WHAT’S THE PROBLEM?

​The problem is not with Percocet per se, but with the way many choose to use or abuse the drug. Furthermore, it is alleged that Prince was visiting a particular pharmacy 4 times a week to refill his prescription of Percocet, which may indicate a possible problem with the way some medical professionals are prescribing the drug.

Opiate pain relievers such as Percocet are very effective at treating pain, especially after an injury or surgery. So, perhaps, instead of making the drug illegal, effort should be put forth to restrict its use to those who really need it and who are under the care of a qualified medical professional, and to hold medical professionals who frivolously prescribe the drug accountable for their actions.

You may be arrested and charged with a drug crime involving a controlled substance such as cocaine, heroin, or ecstasy, but you can also be arrested for the possession and/or sale of a prescription drug such an opiate pain medication like Percocet, Oxycontin, or Vicodin.

If you or a loved one is facing drug charges, get in touch with a California drug crime defense lawyer immediately